Thank you so much for the work, the cart paths look outstanding. The membership feedback has been off the charts!

I wanted to thank Jennite for coming out and installing the ATC driveway here at BASF yesterday. Right from the beginning, Johnny and his crew were on the same page as myself with the site’s safety policies and procedures making it a smooth, safe and efficient install. I think the drive turned out great and again, the guys were a pleasure to work with. We have Jennite entered into our long term capital plan for any lot maintenance.

I wanted to take a moment and say thank you for your excellent service and for a job “well done” on the recent resealing of my driveway. You called me to keep me informed of what you were doing and when. You took the time to fill cracks and patched gouges in my driveway BEFORE you sealed it, making it look much nicer and I would think a better seal. When I have watched other sealcoat companies in my neighborhood, I have not noticed the professionalism and attention to detail that Jennite provided.

You always do very nice work. I appreciate how neat and careful the guys are. No slop and drips and footprints in the black top. Your sealer always appears to be a better quality than your competitors.

Parking lot looks great. Tell Karl and your team that they did a great job. We really appreciate the great work on a hot holiday weekend.

Words cannot express my deep gratitude for the work you’re company has done getting my driveway done before I deploy. The biggest part was when I opened the envelope to send payment for the work done…it says “paid” with a no charge at the bottom. Wow! I didn’t expect that at all! I’m humbled that you would do that when you didn’t have to.

My thanks to you and your crew for the considerate and skilled job they did last week for me. Resurfacing the driveway was done in such an experienced and timely manner, along with kindness from every member of the team.

Good Job! All were very professional! Work was great!

Please thank your crews for doing a great job! We always tell our friends to call you first because the work is perfect!

Just last week, when my husband had experienced enough of our crumbling mess of a driveway, I called Beverly to see what your schedule looked like to get the job done. Not only was Beverly courteous, professional and knowledgeable but she took that extra step needed to help make an extremely satisfied customer. Beverly was able to schedule an extraordinary next day removal and following day installation of our driveway through her efforts and coordination with the field supervisor.

The drive looks fantastic! The crew was great! Another great Jennite job.

I am writing this to thank you and your crew for the marvelous seal coat job that was done on my driveway last week. You crew was professional and prompt and did a very neat job. Their attention to detail was evident in the edging and areas that abutted my house. I truly appreciate the fact that they took extra care to keep sealer from slopping onto my bricks, unlike the company that did the job the last time. I am glad that your crew did the job right.

A couple of years ago I wrote the Better Business Bureau about a poorly installed blacktop drive way on W. Gramercy. Another local contractor had performed the work. The work was done in the fall and once the weather had warmed up the next spring, depressions soon formed under the wheels of a parked pickup truck. The depressions were formed by the lack of sufficient blacktop as well as an insufficient stone base. The other contractor did come back and filled the depressions with cold patch. The result was a botched repair that was not only unsightly but was not flush with the surrounding surface.

This month I just had my own blacktop driveway replaced, after 39 years. It also had pickups parked on it, however NO depressions ever developed. The driveway has a southern exposure, which receives the manimum amount of rays to heat the blacktop, unlike the one on W. Gramercy, which has northern exposure. If depressions were to develop, the drive with a southern exposure would be more susceptible.
This time I used a contractor, which was both professional and exhibited the expertise to do a first rate job.

The contractor first came in with equipment to remove the old blacktop. Such care was taken that neither lawn, nor any of the sprinkler heads were damaged. The base was raked clean of any remaining blacktop and scraped level and rolled with vibration to compact the original stone base. This was a separate crew and one could tell they knew how to do the job correctly.

The second crew came in and rechecked the grade, doing some minor leveling using the asphalt spreading equipment, prior to placing any asphalt. They then again re-rolled the stone base, using vibration, prior to placing the asphalt. The contractor used at least 4 inches of asphalt and rolled and compressed it to the finish grade, not once but gave it a chance to cool down and then re-rolled it again. After that, one of the workers walked over the driveway looking for any imperfections. He then called for it to be rolled one more time. (I couldn’t see the imperfection that he saw.) They knew what had to be done and how to complete the job without requiring any materials to be supplied by me, unlike the other contractor I used on W. Gramercy.

After previously observing the work performed by Jennite in our neighborhood, I chose them to do my driveway. I also talked to my neighbor who was considering replacing her driveway. I recommended Jennite and she also had them do her driveway.

Interesting enough, just the other night, my wife and I had dinner with a friend and the subject of a new driveway came up. You can guess whom I recommended. They were considering Perrysburg Asphalt and thanked me for my comments. I guess the best salesman for a company is a satisfied customer.

I just wanted to let you know how happy we were with selecting your company to pave our drive. I had 3 other bids for my drive and selected your company based on your professionalism and price. The driveway was installed on Monday and we are very pleased with the look and the way your crew performed their jobs. One of the crew even found a silver dollar in driveway that was uncovered during the tear out process and gave it to me. That coin is worth $10 to $20 and made my son very happy to add it to his collection. Also, I don’t want to neglect the tear out crew, they also were very nice and did a professional job. I will recommend your company to all my friends and family. 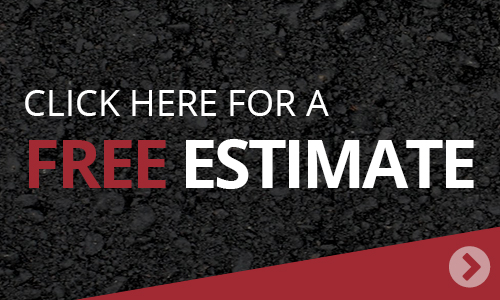 Get Your Free Estimate

To get a free estimate for your project, click the image.